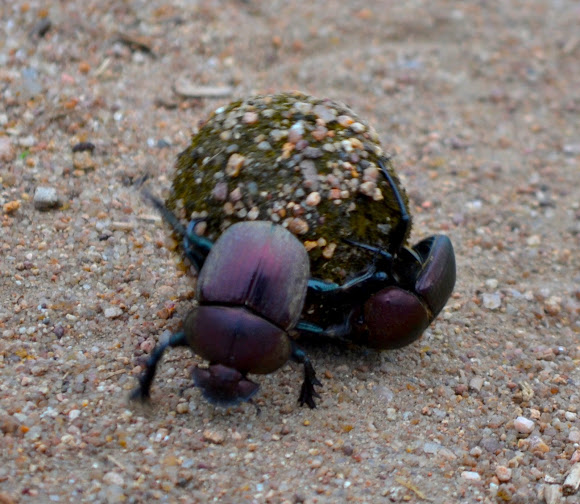 Dung beetles are beetles that feed partly or exclusively on feces. All of these species belong to the superfamily Scarabaeoidea; most of them to the subfamilies Scarabaeinae and Aphodiinae of the family Scarabaeidae. This beetle can also be referred to as the scarab beetle.

The scarab was of prime significance in the funerary cult of ancient Egypt. Scarabs, generally, though not always, were cut from green stone, and placed on the chest of the deceased. Perhaps the most famous example of such "heart scarabs" is the yellow-green pectoral scarab found among the entombed provisions of Tutankhamen. It was carved from a large piece of Libyan desert glass. The purpose of the "heart scarab" was to ensure that the heart would not bear witness against the deceased at judgement in the Afterlife. Other possibilities are suggested by the "transformation spells" of the Coffin Texts, which affirm that the soul of the deceased may transform (xpr) into a human being, a god, or a bird and reappear in the world of the living.

The latest blog says this fellow follows the Milky Way at Night.Amazing!