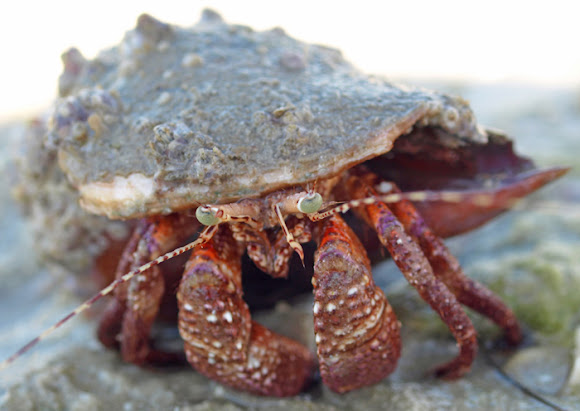 This is the petrochirus diogenes, also known as the giant red hermit crab. We were really excited to find this crab at low tide, he was so large and his colors were so beautiful, especially his eyes!

The giant hermit crab lives from North Carolina to southern Florida on the east coast of the United States and then throughout the Gulf of Mexico and Caribbean south to Brazil.