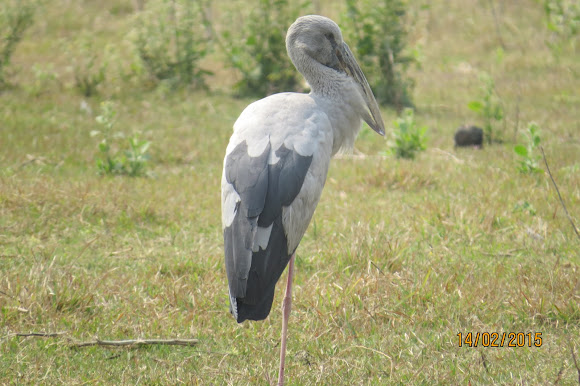 Stork with conspicuous gap in its bill, allowing it to crack shells of freshwater snails.Adult has white plumage in breeding season. Pale grey for rest of the year. Scapulars, flight feathers and tail are black. Sexes similar.

The still empty areas of the rapidly developing Rajarhaat area where Kolkata city is expanding. Waterbodies nearby and lots of apple snail shells too. We were driving away when we spotted this group; they allowed us to approach quite close then rose into the air and circled. It was quite a sight.

James McNair...you should have seen the number of empty Apple snail shells we walked over...I was wondering why there were so many shells..THEN, I saw why.