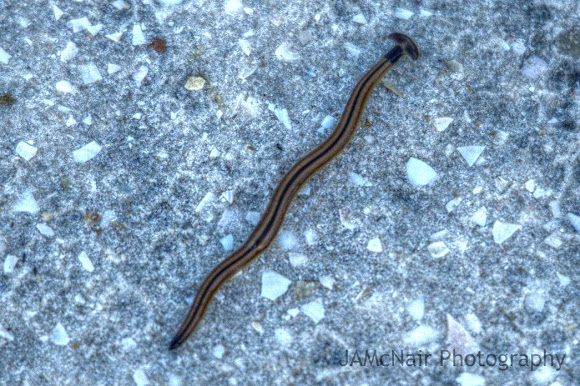 A first for me. A predatory land planarian with a cosmopolitan distribution. It is sometimes referred to as a "Hammerhead Flatworm" due to its half-moon sharped head, but this name is also used to refer to other species in the subfamily Bipaliinae.

Native to the Indian subcontinent. Invasive in Florida where it kills native earthworms

While some types of worms are edible, the Hammerhead worm is not among them. The planarian contains the potent neurotoxin tetrodotoxin. The tiffin found in pufferfish, the blue-ringed octopus, and rough-skinned newts, but not in a terrestrial invertebrate prior to its discovery in the Hammerhead worm.