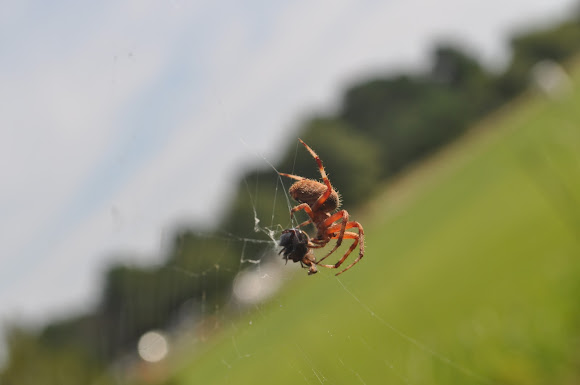 This spider was very tricky to photograph. My pants were covered in baby ticks, so I didn't have a lot of patience either. I tried going back later, but couldn't find it. I originally thought it was a brown widow, but I couldn't get a clear shot of its underside for the red hourglass. Also, I don't think they exist in this area? I've settled for furrow spider, though I'm hesitant because I read that they are nocturnal and I spotted him around 10am. Better ideas?