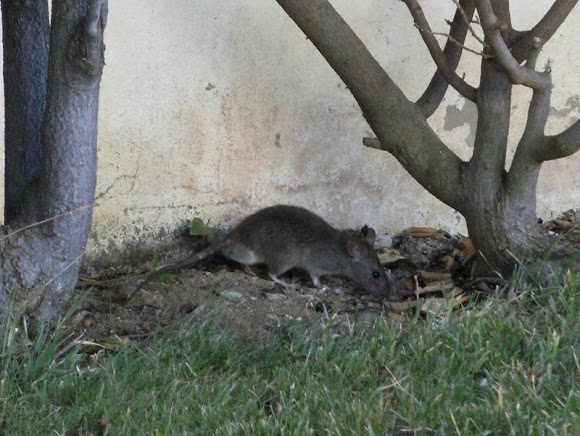 Most associated with human habitation but also found in fields and marshes. Widespread.

Spotted in a client's garden, this fellar was eating the berries from the hedge. Every time he dropped one, he would run down the trunk to find it! Funny to watch, especially as I had been working all around that area - obviously he wasn't too bothered about me being there! Last photo is over-exposed, but I like him on the move.