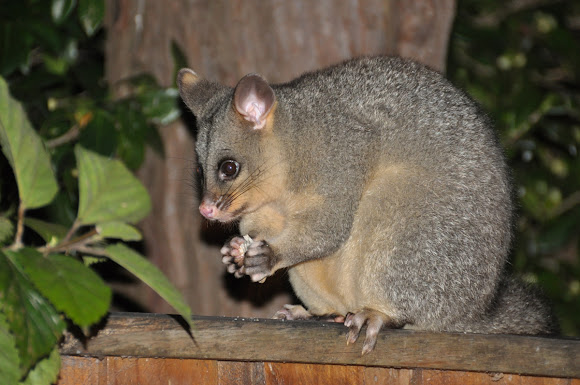 The common brushtail possum has large and pointed ears. It has a bushy tail (hence its name) that is adapted to gaping branches, prehensile at the end with a hairless ventral patch.

The common brushtail possum is perhaps most widespread mammal of Australia. It is found throughout the eastern and northern parts of the continent, as well as some western regions, Tasmania and a number of offshore islands, such as Kangaroo Island and Barrow Island. It is also widespread in New Zealand since its introduction in 1840.

Spotted it just now on the fence of my backyard.