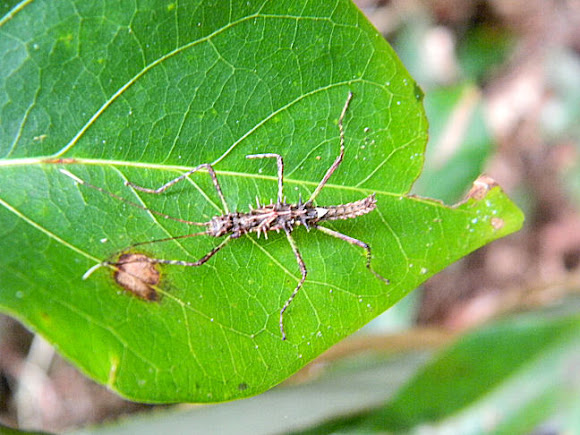 A(nother) heavily "armed" juvenile ( http://lemondedesphasmes.free.fr/spip.ph... ) stick insect (Order Phasmatodea or Phasmida). Often they resemble sticks or leaves, making very effective natural camouflage. "Phasmatodea can be found all over the world in warmer zones, especially the tropics and subtropics. The greatest diversity is found in Southeast Asia and South America, followed by Australia. Phasmids also have a considerable presence in the continental United States, mainly in the Southeast." http://en.wikipedia.org/wiki/Phasmatodea...

This is a different individual than the other specimen of the same species as seen here http://www.projectnoah.org/spottings/127...