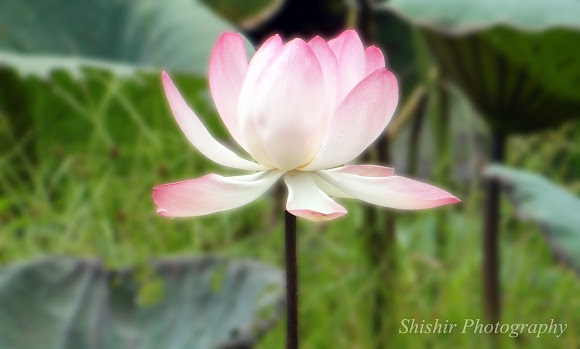 Lotus is the national flower of India. No other plant figures so prominently in Asian religions as the Lotus. Both Hindus and Buddhists regard it as a sacred symbol and use it not only in offerings but also in countless art forms. The Lotus is native to Asia and flourishes in a wide range of climates from India to China. Unlike other members of water lily family, its large pink or white petalled flowers and leaf stalks rise above the water, sometimes for a considerable distance. The large, round leaves are covered with a network of microscopic hairs, which keep them dry in a rain. When the flower flower petals fall, they are replaced by a flat-topped seed pod divided into compartments, resembling a wasp's hive. The tender seeds are munched happily in the north-east India. Infact, the stem is eaten almost in all parts of India, and pickled too. A postal stamp was issued by the Indian Postal Department to commemorate this flower.