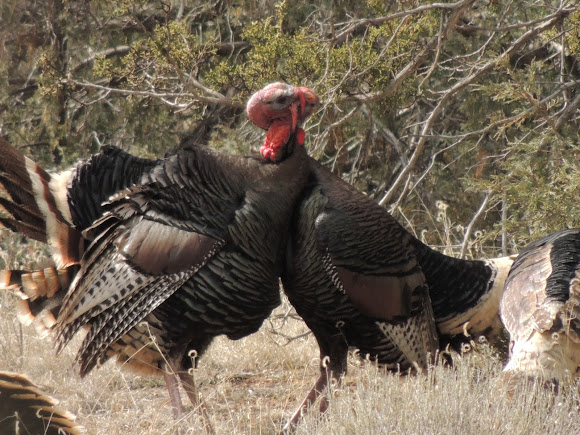 Four wild turkeys spotted in New Mexico. Take a look at that neck and neck battle. They even ignored my approaching them.

After spending a couple night camping on my property in the Cibola National Forest my husband and I spotted some large bird tracks in the sand near camp. I figured it might have been wild turkey but I wasn't sure. If you have never seen a wild turkey track you would be quite impressed! They are large, small dinosaur large! The tracks we saw were as large as my hands. Very impressive. After the 4th day, we left camp spotted 4 Wild Turkeys. Two of which were engrossed in battle! Take a look. Hope you like the photos.