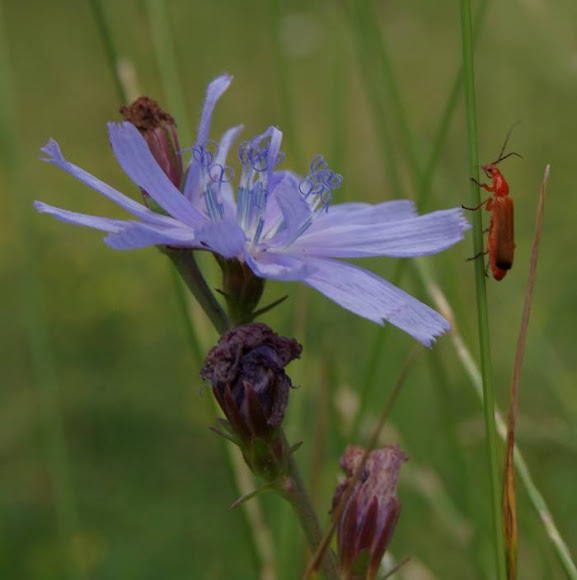 The Chicory traveler is now a common species but is archeofite. The date of its appearance in our territory is usually the beginning of the modern era (the turn of the 15th / 16th century) or specifically the year 1500 or 1492 - the discovery of America, which began the exchange of species between the Old World (Europe, Asia, Africa) and the New World. The appearance of the traveler's chicory on Polish lands is connected with the migration of people, animals and plants via the Via Regia.

Chicory traveler usually grows on sandy and rocky soils. It can be found on the sides of roads, embankments, upheavals, meadows and periphery of cultivated fields.

According to legend, chicory flowers of blue color owe the eyes of the girl, crying for the lost beloved.