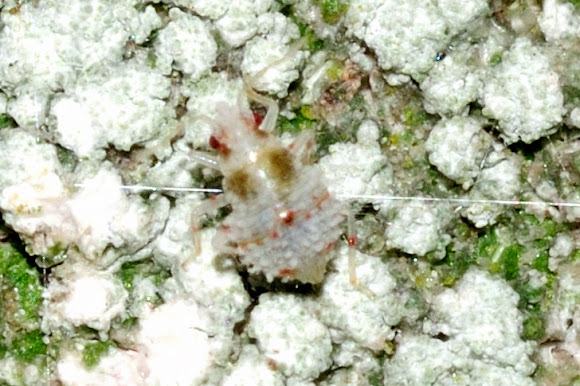 mm. sized nymph of Deraeocoris lutescens. It is a small predatory bug found commonly on a wide variety of plants, but favouring deciduous trees, particularly oak. The adult is a generally orange-brown species with blackish markings and translucent forewings. Although sometimes rather variable, there are usually two dark bars on the scutellum, which is unpunctured. This species overwinters as an adult, mating in the spring; the new generation is complete by late summer.

Spotted on a lichen at the bark of an oak tree.

It is very small, close to 1 mm. Note besides, the silk string!