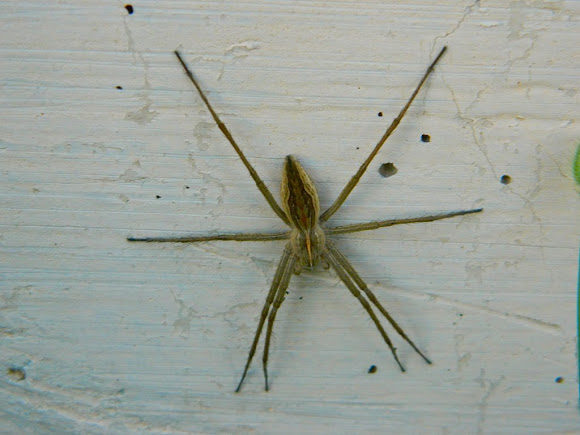 The nursery web spider Pisaura mirabilis is a spider species of the family Pisauridae. Striking characteristics of the Pisaura mirabilis are its long legs (the fourth one being the longest) and its slender abdomen (opisthosoma). The male is between 10–13 mm, while the female is 12–15 mm. After final ecdysis the male spiders weigh on average 54 mg and females 68 mg. The pictured spiders were spotted in a wall, in Nea Demetrias, Volos city, Greece.