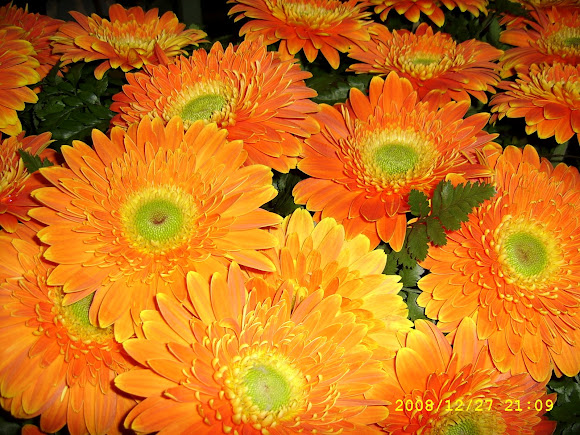 Gerbera has colorful such as white, black core, Black cartridge , yellow, pink, red, orange, black gut Fuchsia, Black.Gerbera has gothic style is low and underground stems.It is the shrub species. Leaves and stems will grow from underground stems.  The blade does not extend fully unfolded.  Petioles and leaves have feather everywhere.

Gerbera are easily grown.Flowering throughout the year, which can be sold in all seasons.Gerbera are bright and beautiful.Is a popular flower vase because it can be several days.  Gerbera is not only a beautiful. It is also effective in absorbing toxins.

Spotted by a stud ent at Visutt School