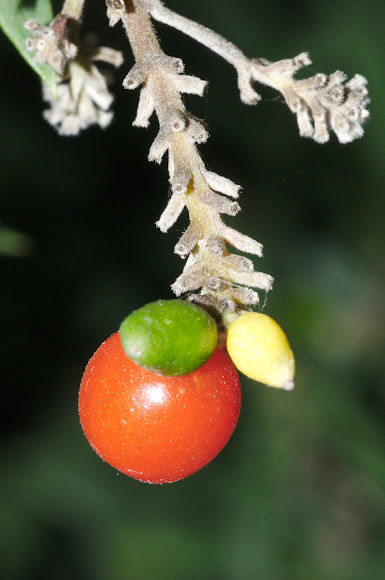 Daphne gnidium is characterized by upright branches that grow 1.5 to 2 m tall. The narrow lanceolate leaves are dark green with sticky undersides. It bears white fragrant flowers in late spring or early summer. The fruits are drupes and are round and red, about 8 mm in diameter. They are produced during autumn. Given the powerful purgative effect of bark and leaves it is considered poisonous, since it can produce blisters on the skin after prolonged contact.

Spotted in a chestsnut-tree forest

It is a shrub with amazing properties. It has been used as an amulet and repellent of evil spirits from prehistoric times. It is the best plant species from the Iberian Peninsula to make ligatures, its bark is a natural rope for its flexibility and strength, being able to make very firm knots. In some areas of Zamora, Spain, is common to attach a strap of Daphne gnidium at the tail of the lambs as a remedy to curb stomach decomposition; It is also known for its value as an insecticide in the chicken coop, keeping to the hens safe from the "piojillo". This species has been used since immemorial times, as a means of fishing in lagoons and streams: its toxic resin attacks the oxygen from the water, so throwing branches of this plant the fish is poisoned and, after two or three hours, it can be picked up by hand. This form of fishing is called "entorviscar" and apart from being dangerous and indiscriminate, it is punishable by law in Spain.