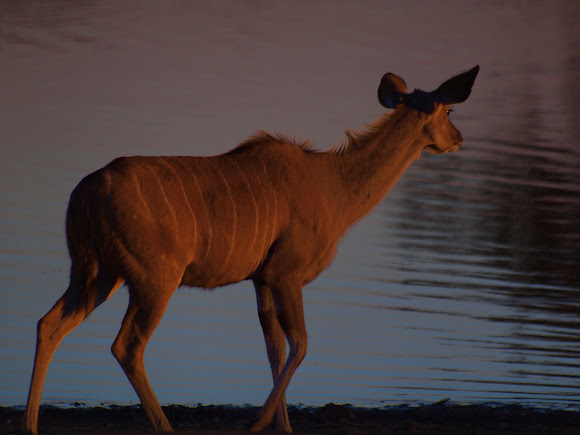 Tall and majestic. Males are fawn grey, females tinged in cinnamon; old bulls become greyer and their necks become darker in the breeding season. There is a single narrow, white strip down the middle of the back and 6-10 narrow white strips accross the back and down the flanks. Both sexes have a short upright mane from the top of the head to the shoulders, where it forms a crest. Only males have horns, rising from the top of the head in wide spirals.(Smithers' mammals of southern africa a field guide. fourth edition)

A female, two youngsters and one male bull I saw the same day. The horns of the bull had grown( I think) to the maximum lenght, as I never saw more than three spirals.