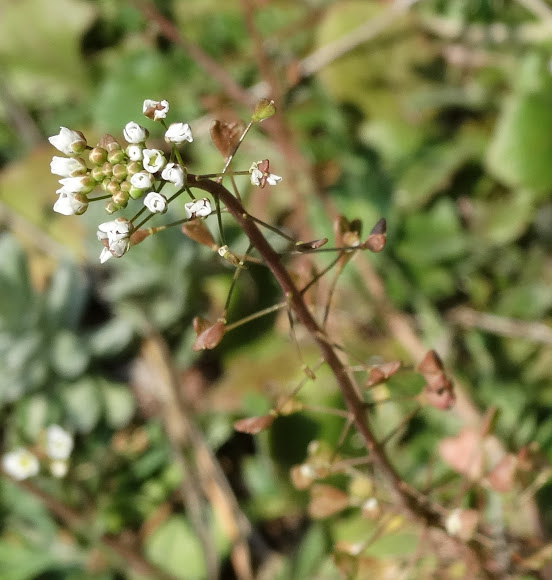 Shepherd's Purse is a small (up to 0.5 m) annual and ruderal species, and a member of the Brassicaceae or mustard family. It is native to eastern Europe and Asia minor but is naturalized and considered a common weed in many parts of the world, especially in colder climates, including Britain, where it is regarded as an archaeophyte, North America and China but also in the Mediterranean and North Africa. (Wikipedia)