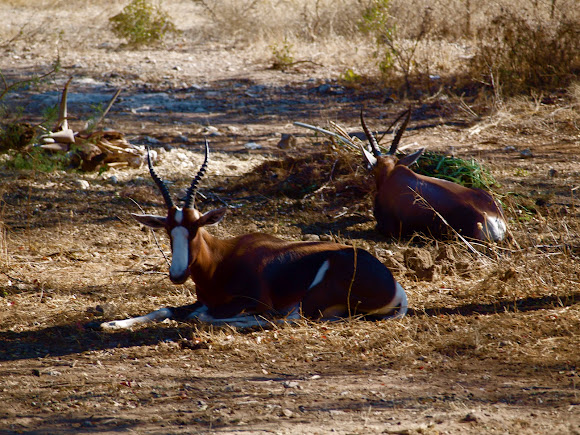 Rich dark brown on the upperparts, darker on the sides of the head, flanks top of the rump and upperparts of limbs. Pure white on the rump, lower limbs, base of the tail and underparts. The white blaze from the forehead to the nostrils narrows sharply between the eyes but is usually not broken.(Smithers' mammals of southern africa a field guide. fourth edition)

I saw them in the Kempinsky lodge park, were they had been introduced, the specimen in the first two photos has the divided blaze, but the division is small and the rest of the characteristics indicate it as a bontebok and not blesbok.