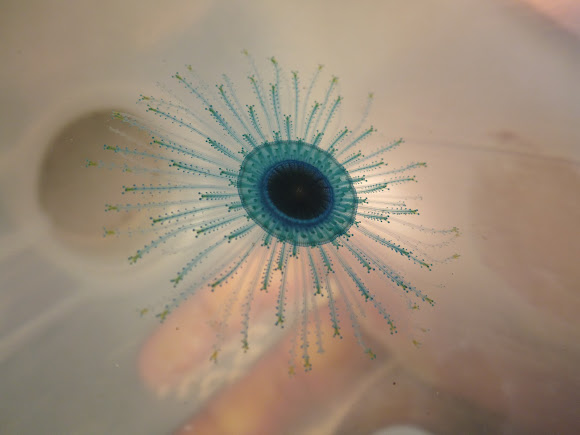 Porpita porpita, commonly known as the blue button, is a marine organism consisting of a colony of hydroids found in tropical waters from California to the tropical Pacific, the Atlantic and Indian ocean It is often mistaken for a jellyfish, but although jellyfish and the blue buttons are part of the same phylum (Cnidaria), the blue button is part of the class Hydrozoa. Wikipedia

As they were floating around the students counted about 10! When touched it retracted.