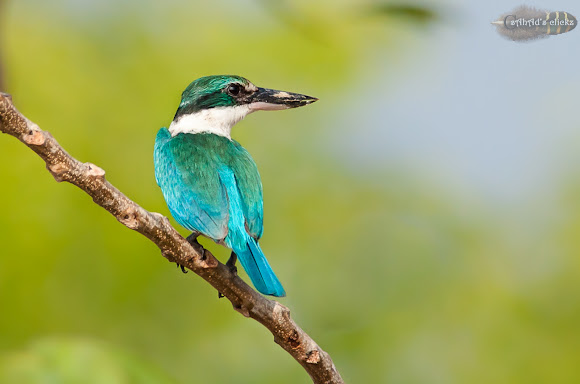 The Collared Kingfisher is one of twelve documented species of kingfishers in Bangladesh. The Collared Kingfisher is distinguished by its aquamarine-blue upper parts and head, black bill, thick white collar and entirely white underparts. It is a medium-sized kingfisher. It feeds on fish, crabs and other crustaceans near coastal areas. Farther inland, its diet comprises lizards, small snakes, frogs, earthworms and insects such as beetles, bees and grasshoppers.

This blue-and-white bird is commonly spotted in mangrove and coastal areas.

This species is known to exhibit aggressive behavior during nesting, attacking other birds and even other animals within its breeding territory.