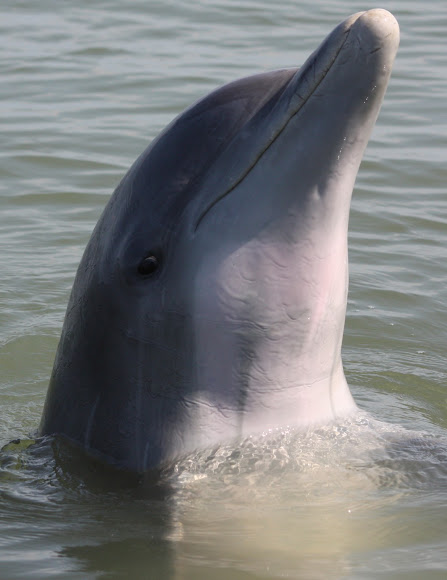 1st photo: a dolphin approaches the boat. 2nd photo: a mother-calf pair! 3rd photo: a tail slap; this is a social behavior that helps to keep the "pecking order". -------------------------- Never feed or harass wild dolphins! Feeding can lead to bad dolphin habits, such as begging at boats, as well as a loss of natural feeding behaviors. Remember that dolphins are wild animals! If they're close enough to take food from your hand, they're close enough to bite! No dolphins were harassed for the taking of these pictures; they approached the boat, and we left shortly after they lost interest in us.