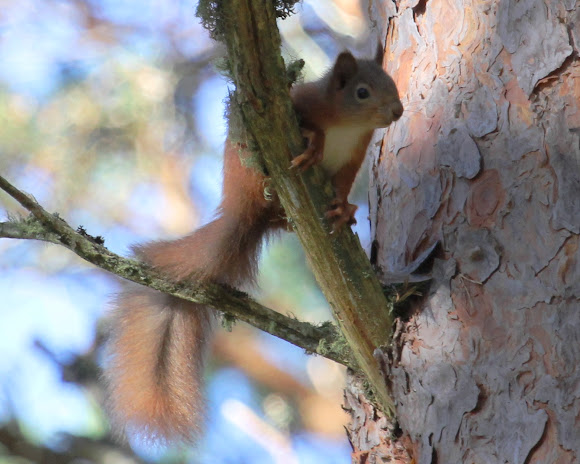 Mainly prefers coniferous woodland and favour pine cones although will also eat other nuts, seeds and fruits as well as fungi. Not so keen on acorns unlike Grey Squirrels.

Have become increasingly rare in Britain following introduction of Grey Squirrels. The population densities of reds are far less than that of greys with figures showing up to 8 Grey Squirrels per ha of broad leaved woodland against only 1 Red, and down to 0.1 per ha of coniferous forest. Ref: Forestry Commission UK.

Hi Polilla, Ah, Florence in spring - lucky you. My Scottish friend here didnt hang around long but gave me a good but brief view.
Robert