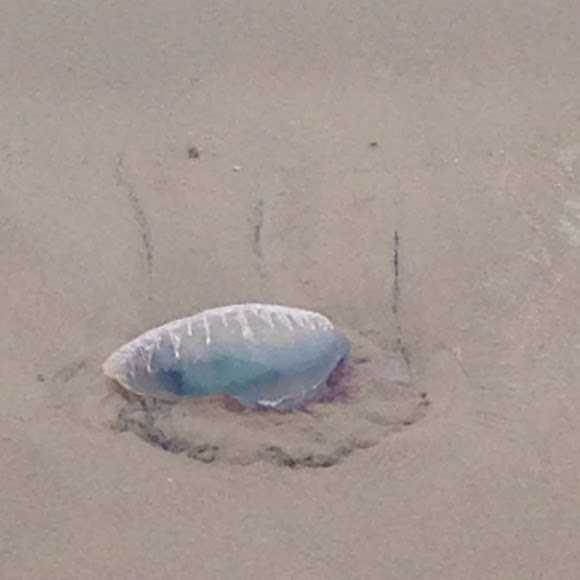 The Portuguese man o' war (Physalia physalis), also known as the Portuguese man-of-war, man-of-war, or bluebottle, is a marine cnidarian of the family Physaliidae. Its venomous tentacles can deliver a painful sting. Despite its outward appearance, the Portuguese man o' war is not a common jellyfish but a siphonophore, which is not actually a single multicellular organism, but a colony of specialized minute individuals called zooids. These zooids are attached to one another and physiologically integrated to the extent that they are incapable of independent survival.

The Portuguese man o' war lives at the surface of the ocean. The gas-filled bladder, or pneumatophore, remains at the surface, while the remainder is submerged. Since the Portuguese man o' war has no means of propulsion, it is moved by a combination of winds, currents, and tides. Although it is most commonly found in the open ocean in tropical and subtropical regions, it has been found as far north as the Bay of Fundy and the Hebrides.

These are two beaches specimens. A strong onshore wind was blowing many men o' war on to the beach.