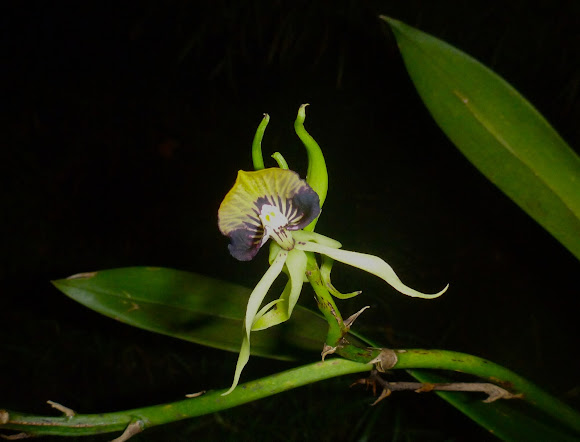 Small orchid, yellow, white and deep purple. On the ground in a shady area of a garden. The flowers are very striking and last several weeks. Previously known as Encyclia cochleata. The last picture was taken on January 9th 2014.

This orchid is also the national flower of Belize, where it is known as the Black Orchid. See a specimen of this orchid blooming in the wild in Campeche, Mexico: http://www.projectnoah.org/spottings/147....

Thank you Juan for your identification. I love knowing what it is!

Such a beautiful orchid