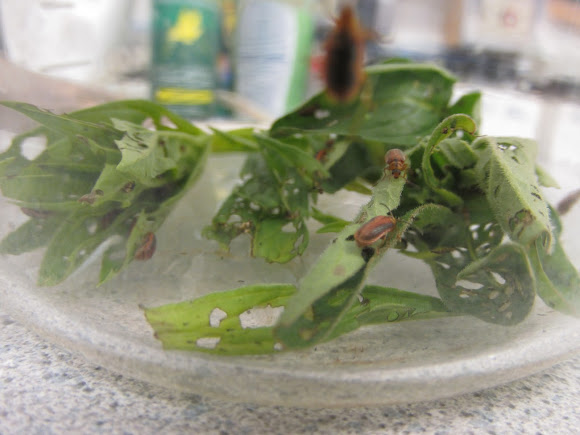 European species imported for control of purple loosestrife plant. These beetles are from stock raised locally in partnership with University of Connecticut specifically for plant control in Maj. Michael Donnelly Land Preserve.

Individuals captured for breeding/restocking from an area we did a release in 5 years ago. Beetle population in the original release area is thriving, loosestrife is still spreading but not as rapidly and existing plants so severe stunting, expected with a beetle release. Beetles appear to be spreading with the plants.