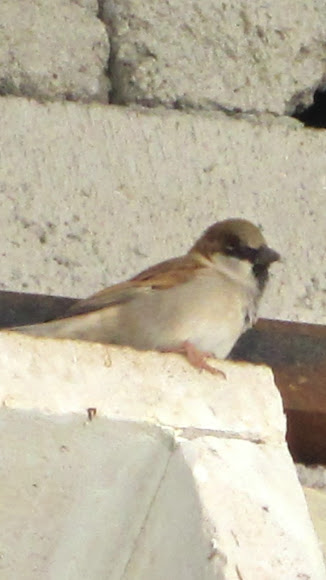 this bird is so wide in the world it so association with human and like live in or on the human's house, it has a typical length of 16 cm, the female is smaller than male, the head of male is brown or black look like, but female It feeds mostly on the seeds of grains and weeds, but it is an opportunistic eater and commonly eats insects and many other foods. this is one species live in my country (Kurdistan). when i was in 16 age im so hunter this bird and eat i so like his meat.

it live in Australia,Africa,Asia,The House Sparrow is strongly associated with human habitations, and can live in urban or rural settings. Though found in widely varied habitats and climates, it typically avoids extensive woodlands, grasslands, and deserts away from human development

it picture take from kurdistan region and i used the Wikipedia formation to wrote this paragraph .