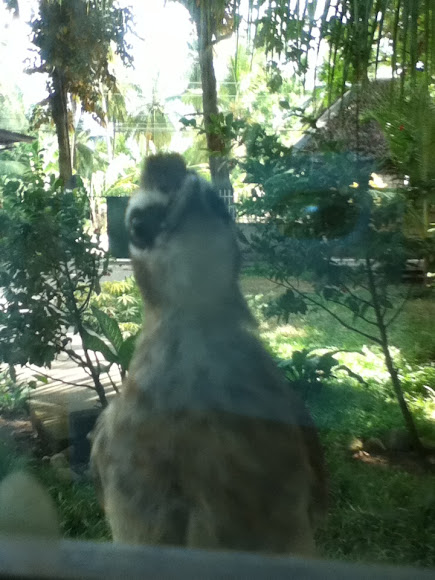 LOOKS: -The oriental skylark (also referred to as the Oriental Lark or Small Skylark) is a species of bird that belong into the Skylark family. - The average measurement of an Oriental Skylark is approximately 16 cm. - Appearances and plumage for both genders of skylarks are the same, having streaked, yellow-brown colors for their upper feathers and white for their outer tail fluff. They also possess short crests. - REPRODUCTION: - most birds reproduce sexually and the oriental skylark is no exception. FOOD: - Like most birds, the oriental skylark's diet consists of various insects and seeds - The common food for nestlings are moths caterpillars and insect larvae PREDATORS: - Roesel's Bush cricket has increased by 600% over the past 20 years thus drowning out the beautiful song of the skylarks ROLE IN ENVIRONMENT: - The lark has many roles of which includes: population control for it's prey, pollination through accidental seed dispersal and many more.

-The oriental skylark is a bird commonly found in the Indian Subcontinent and Southeast Asia. - Like most of the skylark species, it can be found in open grasslands-specifically near bodies of water- where its common food is located (ie: insects, seeds, etc.) - It not only shares its habitat with other skylarks, but also with species of herbivores, insects, etc. - It also populates subtropical shrub land and arable land

Oriental Skylarks usually rocket into the sky, fluttering their wings and chirping before plummeting to earth. - Well known for their beautiful singing and flight display - The larks fly up, rocketing to the sky, then hovers only to "sing" its melodious song consisting of twittering and sharp whistles. It then plummets down. -