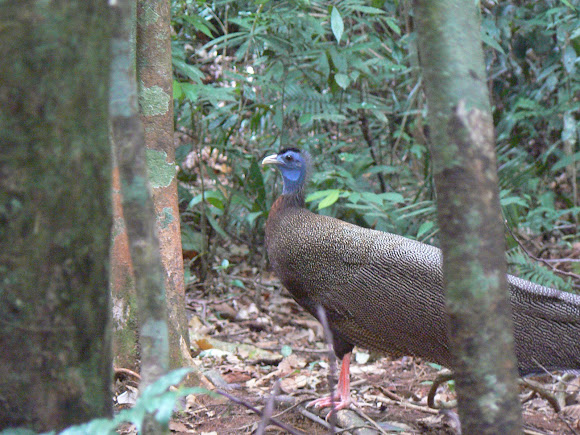 This large ground pheasant (male) clears an area in the forest of all leaves, then calls for a female. If she comes he then performs an amazing dance.

Looks as big as a Peacock. Good information!