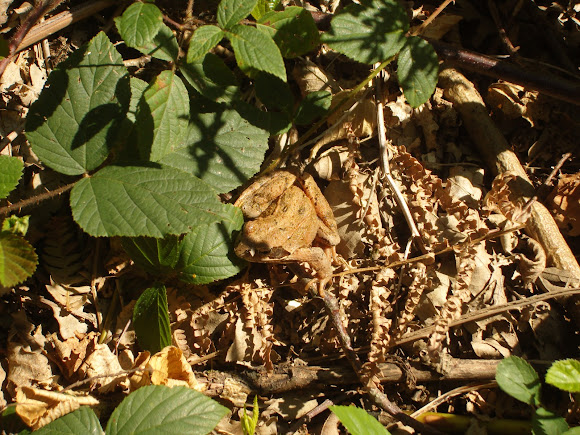 In 2012 and 2013 we did a few survey´s around herpetological species groups . we we looking especially for the Fire salamandre and the rare Parsley frog which is distributed rare in the region . Also the Agile frog ,which we found is rather rare in the region at one of the most northern distributional area´s . We found this dynamic brown frog at a open moderate moist forest path which leaflitter ,herbs and some low vegetation parts .

The Agile frog is often seen at open forest dispatches in lower vegetation growth ,which is moist enough , it is not always in the neighbourhood of water ,but along a brookside in moist grasslands we found a few more in the wet long grasses .The frog is an explosive breeder mostly seen in France and North Italy , in the French- Belgian border it is a rare species . but it is also present in Southern parts of Belgium in the Ardennes massif .