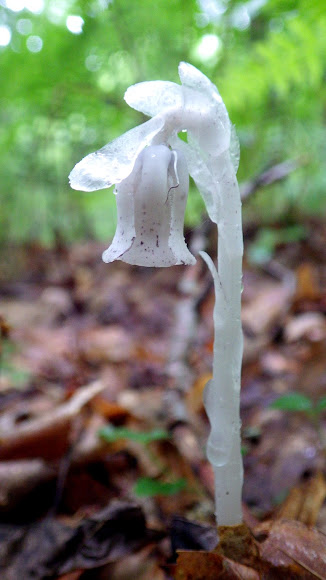 This native perennial wildflower typically consists of a cluster of unbranched erect stems about 3-9" tall. It is sometimes completely white but commonly has black flecks and a pale pink coloration. Unlike most plants, it does not contain chlorophyll. Instead of generating energy from sunlight, it is parasitic. Its hosts are certain fungi that are mycorrhizal with trees, meaning it ultimately gets its energy from photosynthetic trees.

Indian Pipe is usually seen from June to September. It grows in shady woods with rich soil and decaying plant matter. This plant is often found near dead stumps.

I love seeing them as well!! They are so beautiful and always fun to find for sure!!