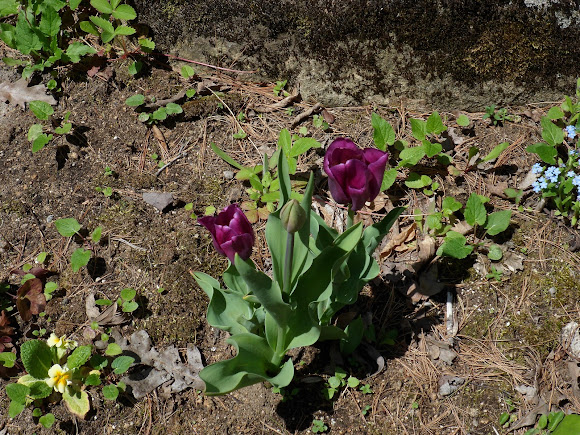 A perennial bulb that gave rise to the modern market system.

Between 1634 and 1637, the early enthusiasm for the new flowers triggered a speculative frenzy now known as the tulip mania. Tulips would become so expensive that they were treated as a form of currency. People began to start buying shares on the next years crop of tulips; gambling there money on a flower, many became millionaires, and others bankrupt.

Thank you, I saw the primula spotting.

I transplanted 90% of the plants from my grandmas old place... so that was actually purchased from a garden center maybe 30 years ago, very common thou I don't think there native. Probably from Asia, I will find out and put in next spotting.

Thank you, are there other natural colors in primula, other than the hybrid ones.

I thought so, though I have never seen them, I have a Primula spotting. So when I saw it I was wondering if they were the same. http://www.projectnoah.org/spottings/144...

I'll upload some Primula photos next.

Ya it's a Primula

Beautiful spotting, and the story is also cool. Do you know what the yellow flowers near the first spotting is.