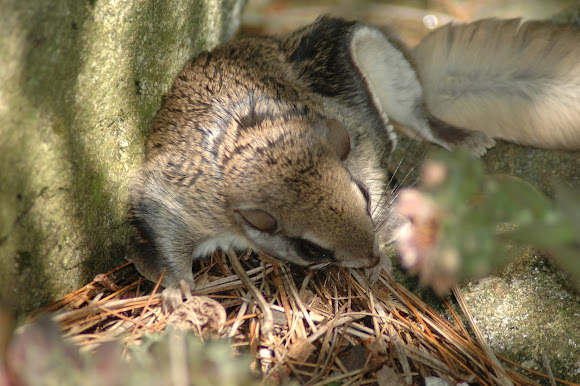 Normally brown on its back, and white on both its belly and the bottom side of its fury membrane. The southern flying squirrel is the size of a chipmunk. They have large dark, bulging eyes that are well adapted for night vision. They also have something called "feelers" which are sensitive whiskers used to make nocturnal travel easier.

These squirrels are most active between dusk and dawn.

He flew back into the air before we could do anything about it.

Were you able to return him to his nest?

the baby fell onto our porch in north carolina.

Great shot! How'd you manage to see him?