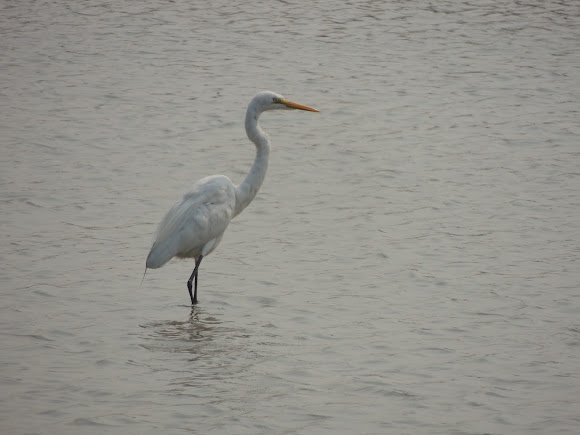 Measuring 83–103 cm (33–41 in) in length and weighing 0.7–1.2 kg (1.5–2.6 lb), the Eastern Great Egret is a large heron with all-white plumage. Its bill is yellow in the breeding season and black at other times, and its long legs are red or black. The colors of the bare parts change during the breeding season.The breeding plumage is also marked by long neck plumes and a green facial area. The Eastern Great Egret can be distinguished from other white egrets and herons in Asia and Australia by its very long neck, one and a half times as long as its own body