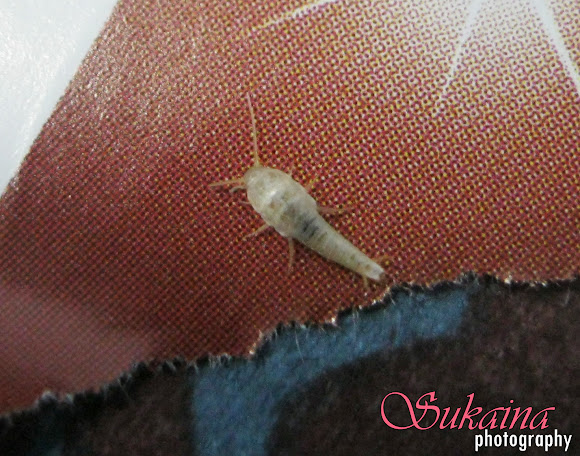 Lepisma saccharina, frequently called a silverfish or fishmoth is a small, wingless insect in the order Thysanura. Its common name derives from the animal's silvery light grey and blue colour, combined with the fish-like appearance of its movements, while the scientific name indicates the silverfish's diet of carbohydrates such as sugar or starches......(Wikipedia)

Silverfish are a cosmopolitan species, found in Africa, America, Europe, Australia, Asia and other parts of the Pacific.[2] They inhabit moist areas, requiring a relative humidity between 75% and 95%.[3] In urban areas, they can be found in basements, bathrooms, garages, closets, beds, pillows, and attics........(Wikipedia)

my other spotting: http://www.projectnoah.org/spottings/158... is bigger than this and not the same colors.