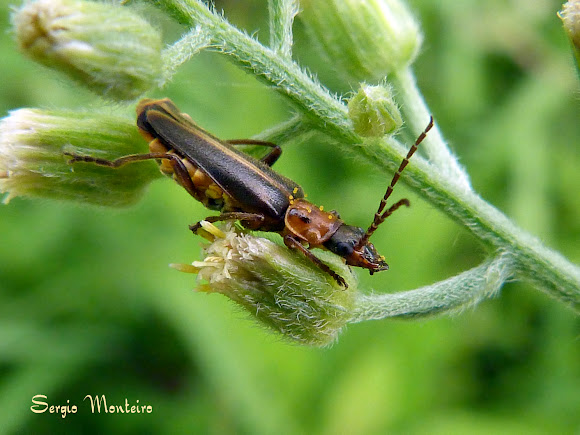 This soldier beetle was motionless on a small flower. It looked unharmed but for some yellow mushroom like fungi over its body. When I touched the beetle to know if it was alive, it fell to the ground, among the grass, and I couldn't find it anymore (many insects do that in order to scape predators), so I can't say if it was alive but infested by the fungi, or if the fungi appeared after it died.