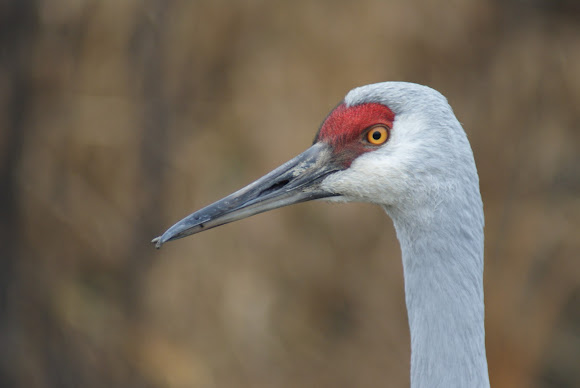 Found in a good range of habitats, from grassland to wetland, Sandhill Cranes have a large range being "widely distributed throughout North America extending into Cuba and far northeastern Siberia." Their breeding grounds are further to the north of their range, in Canada, the US and eastern Siberia, while they head south like many Canadians during the winter to spend time in the southern states and northern Mexico. "The three non-migratory subspecies (Mississippi, Cuban, and Florida) have restricted ranges in the southern United States and Cuba."

This individual was with a group of five other birds who were quite familiar with humans, acted like downright Black-capped Chickadees at a city park. Tonnes of personality within the quintet.