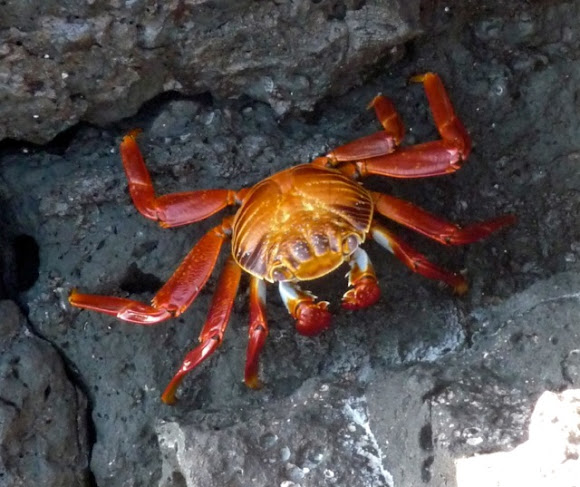 Grapsus grapsus is one of the most common crabs along the western coast of the Americas. It is known variously as, "red rock crab", "abuete negro", and along with crabs such as Percnon gibbesi as, "Sally Lightfoot".

thanks for moving this spotting to the correct category. Is there any way a list could be put up somewhere on Noah of what fits into which category? That would be helpful.