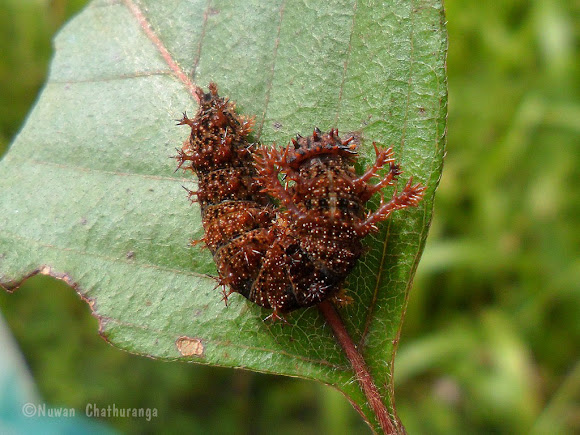 It eats both sides of the midrib of a young leaf leaving the latter projecting as a dry filament. It sits on the bare rib, indistinguishable from frass (powdery material phytophagous (plant-eating) insects pass as waste after digesting plant parts). It rests on the upper surface of the leaf when it’s matured with its body curled into a close C-form and the tail often strongly elevated. Its body coloration gives an appearance of lump of moss sticking to the leaf.

feed on plants of family Rubiaceae such as, Mussaenda frondosa, Wendlandia thyrsoidea and Cinchona (quinine).