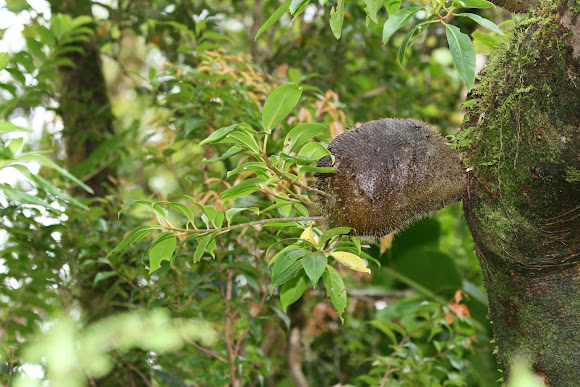 A symbiotic (living closely together) mutualist (both species benefit) epiphyte with the ant Philidris nagasau) endemic to the island of Taveuni ONLY in the north east of the Fijian Archipelago. Within the tuber is a gallery system that resembles the structure that ants build in soil etc.; however, here the nest is produced entirely by the plant with no structural help from its ant guests. An example of co-evolution.

Often several to numerous specimens to a tree growing at altitudes of 200- 900 m. (656- 2953 ft.) in dense mountain rain forest. I only found them on the dry side of the island exposed to the regular trade winds.