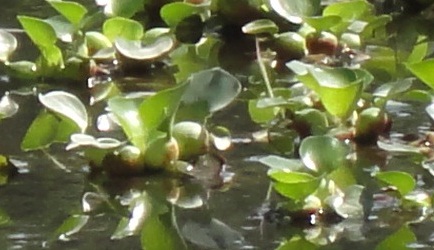 First introduced to North America in 1884, an estimated 50 kilograms per square metre of hyacinth once choked Florida's waterways, although the problem there has since been mitigated.[citation needed] When not controlled, water hyacinth will cover lakes and ponds entirely; this dramatically impacts water flow, blocks sunlight from reaching native aquatic plants, and starves the water of oxygen, often killing fish (or turtles).