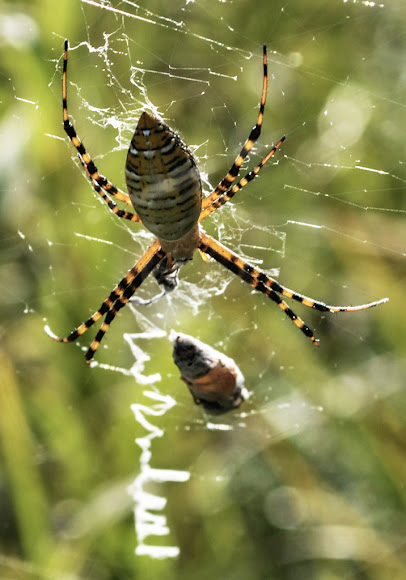 Banded garden spider adults can be found from mid- to late summer through the first freeze. Egg cocoons are deposited in early fall and consist of several hundred eggs. The immature spiders emerge the following spring. A behavioral study of web construction determined that the majority of Argiope trifasciata orient their webs along an east-to-west axis. The spiders hang head-down in the center of the web with their abdomens facing south. Since the underside (venter) of the spider is mostly black, the orientation of both web and spider is believed to maximize solar radiation for heat gain—an important consideration for spiders that are active late in the year.