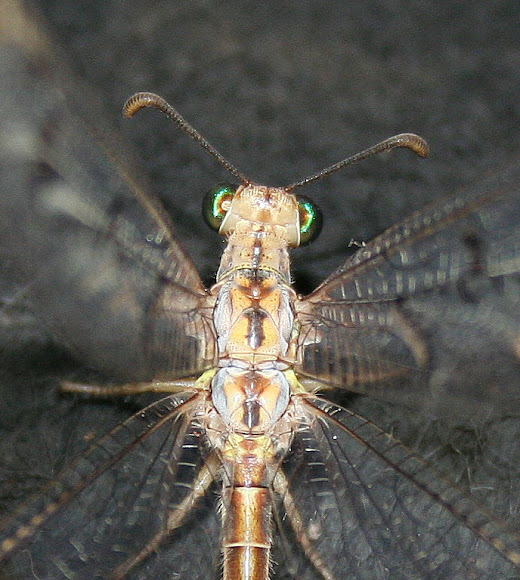 This medium sized antlion (about 80mm) is a female. The male has the same general body colouring, wing pattern and brilliant light reflecting eyes but in addition he has an impressive pair of copulatory appendages about 10mm long which protrude from the end of his abdomen at 90 degrees or so (movable not rigid ) and hence the common name - Hook-tailed Antlion

Thanks, I should be able to post some photos of the male soon