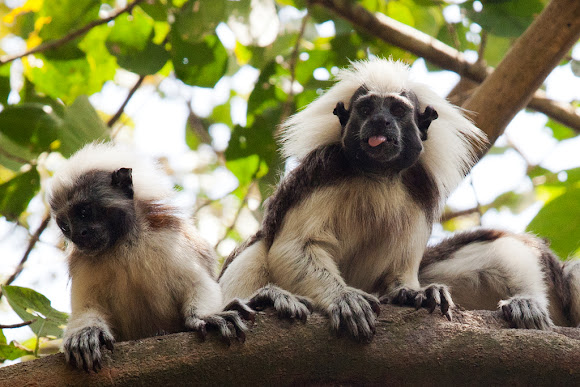 Cotton-top tamarins are an endangered species of primate found only in the tropical forests of Colombia. It Weight about 1 pound. The wild population is estimated at about 4000, with 2000 adults.

This species is Critically Endangered, having lost more than three-quarters of it's original habitat to deforestation. They recently featured in “The World’s 25 Most Endangered Primates 2012-2014” (http://primates.squarespace.com/top_25_p...)

They are found in tropical forests in northern Colombia.

*Proyecto Tití is a conservation program helping our cotton-top tamarins in partnership with Disney’s Animal Kingdom.