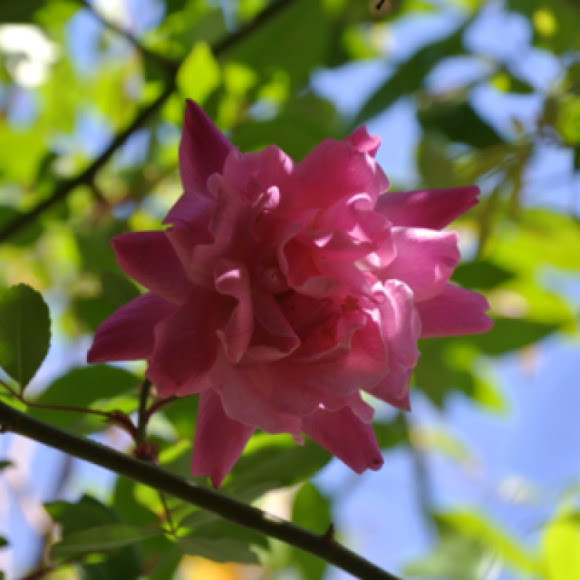 'Old Blush CL' is the climbing sport of Old Blush. Its flowers are identical to the bush form of Old Blush but it is a vigorous climber that can reach heights of 20'.

'Old Blush CL' is the climbing sport of the Old Blush rose was the first of the everblooming China roses to make its way to Europe. It has been known in the west for almost 250 years, but it is one of the oldest roses, having been known in China for more than 1,000 years. It is also one of the most valuable roses known because it has passed on its China characteristics of remontancy and a darkening bloom to literally thousands of other roses.