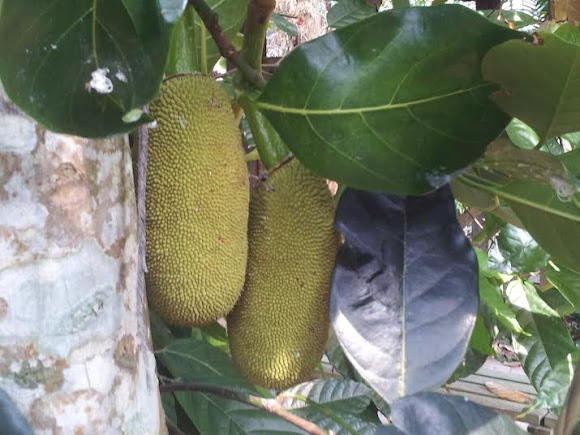 The fruit itself was about one foot in length, and four feet above the forest floor. Though the durian itself is common and not insanely interesting, it attracted many different types of bugs. Specifically a red bug about 0.7 inches long, its head in proportion to its entire body took up about 1/5 of itself. From the head, two long wings covered the rest of its backside. The durians were much thinner than the usual round circular shape, and its texture was rough and bumpy. From the top it was connected to thick green waxy branches. Additionally, the fruit was arburial, growing in the trees.

Do you think that it's a jackfruit? :) Thanks for the helpful comments!

I love this picture, your description is great, your ID is incorrect, however. Try checking out the book "what is that tree?" in the classroom.