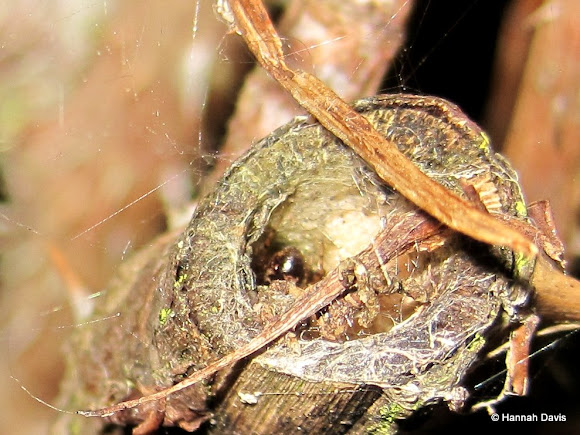 On a pruned rosebush in a back garden, multiple juvenile false widows (S. nobilis) had spun their cobwebs and were using the hollow stems as retreats. Due to the location, I was only able to observe them during the day, and they were extremely shy and difficult to lure out - only managed it a few times, and they ran back inside too fast for me to even register what I was seeing, let alone make a proper photo. The ID came much later, after asking around online - I'd seen false widows in the nearby house, but I was not expecting to find them in a rosebush!

Garden several meters away from house in southern England

Photos 1 and 2 show two different individuals from the same colony. Because I have so few photos of them, it was the only way to show what they looked like, and I was hoping to document the existence and location of the colony rather than any specific individual - I hope that won't be a problem. Photos 3 and 4 show a typical web.