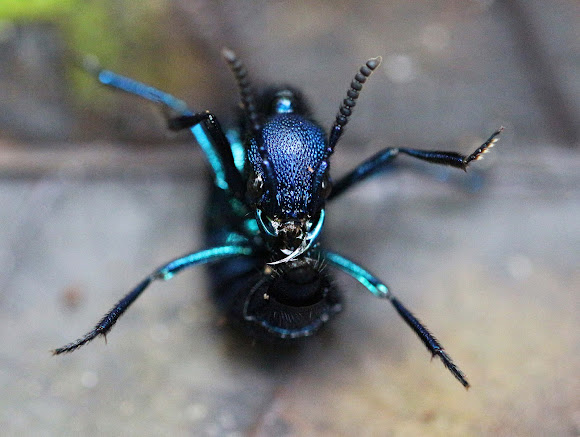 This insect was really easy to see at times. When it walked through a sunny spot on the ground the sun would make it shine brightly. That's how I spotted it. When I picked it up though it went into a sort of defence mode. It would either play dead or curl up on itself. Very cool insect. I spotted at least half a dozen of these over the course of 2 weeks in the Amazon.

Thanks bayucca, I've just ID'd it to the genus level then. Thank you also Env and Jason.

It is a Rove Beetle, Staphylinidae, Plochionocerus sp. and could be Plochionocerus simplicicollis. But actually I do not think that you can ID this one from just a picture...