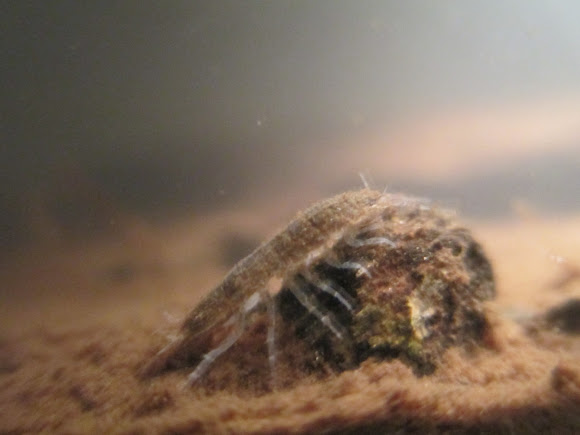 I'm not too sure the exact size of this thing, but its about 1 mm long and about 0.33 mm wide height is 0.10 mm at best. It's about mid to mid-small size for them, I've seen some of them get up to 2 mm long but that's about where they max out.

streams, pretty much anything that it can crawl under that's submerged. the stream i found it in was running at slow and fast paces, you could find them anywhere no matter the current. The stream i found them in was about 3 feet wide on average (0.914 of a meter) and about 3 inches shallow on average (7.62 cm) stream was just under a half mile long, it led into the Mississippi.

i did use a fish tank to to photograph them closely so it isn't eligible for project WILD, but i did catch them all in the wild, i do have plans to release them if their numbers dwindle (all the organisms in the tank) but if a ranger sees this to infringe to the Project Noah rules please let me know, and i will release them as soon as i can. Thanks, Nate