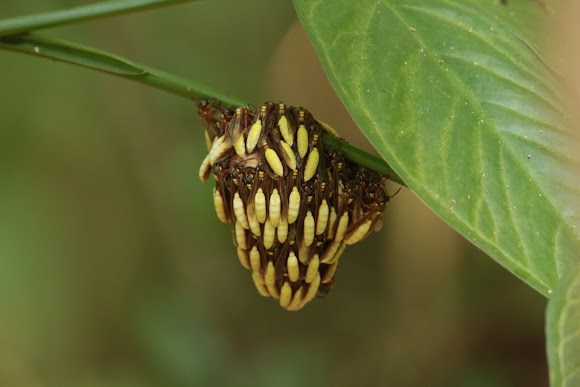 Spotted in Manuel Antonio national park, Costa Rica. We were told they were "banana wasps", but that doesn't seem to be a commonly used name. They were grouped in a ball and none of them were moving.

@EmilieChich Thanks ever so much! That looks like just the one. I've updated the spotting to match.