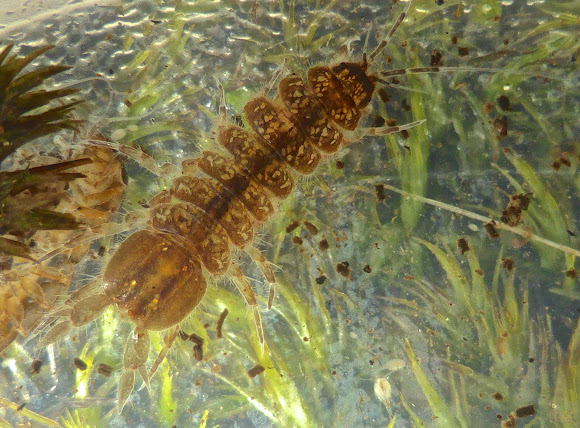 Freshwater crustaceans ~3cm long. What I thought was the head is actually the rear end. The rear looks like it has antennae, as shown in photo 2. Watch a short video I took of them here: https://www.youtube.com/watch?v=vCn0520-...

Freshwater marsh (in a vernal pool) with lots of leaf debris in the water. Maple and white pine as well as several species of moss (including sphagnum moss) were common in this area.

Found in the same vernal pool as many copepods, fingernail clams, and snails.

Thank you everyone for your nice comments!

Great series Machi,congrats on the well deserved SOTW and thanks for sharing

WOW those photos are amazing! Especially considering their size! We have these guys in a creek in our backyard, and they're pretty tiny!

Oh and congrats on getting the spotting of the week. I'm kinda jealous.

Wow, thank you! It is great that these little creatures can get some appreciation :)

D= What about my water louse? Lol Never mind, your Pictures are ten times better than mine.

Congrats Machi, this incredible close-up has been selected as Spotting of the Week!

Thank you for the nomination!

Thank you Luis and Polilla!